The last week I have been carrying her around. Well, there is not much carrying to do, she is ultralight and has attached herself to the back of my upper left arm (fig.1). I call her Abby.

Abby is a new glucose sensor. She also listens to the name FreeStyle Libre. Every minute she measures the glucose from below my skin, which is a reasonable estimate of my blood glucose. She comes with a separate receiver (fig.2) , a small device which records all measurements and presents a sort of logbook. All I have to do is keep the receiver in front of the sensor, and it reads the current value, and also collects the recordings / measurements of the previous 8 hours. The absolute beauty is that there is no need for calibration. I can do all I want with Abby. I can swim (although I did not do that yet), take my shower every day, jog, cycle, etc. etc. Sleeping is no problem, I do even not feel the device when I am lying on my left side. She is glued tightly to my skin, although I am a bit careful when putting on cloths so that I am not pulling too much. Insertion of the sensor was without problems, took exactly one minute (and I am a slow learner). Until now, Abby works like a breeze. And I get some nice insights into my blood glucose excursions during the day, for instance after a meal. I was surprised to see how much my blood glucose could rise after my regular breakfast cereals, and after that piece of nut cake which I like so much. One of my nurses is carrying an ‘ Abby’  as well, and I wonder how she experiences the device.

I found that the receiver has a battery with a short life-span. This morning after waking up I found the receiver without power. However, after a few seconds of charging it, I could turn it on again, and found out that all data were kept nicely in the receiver’s memory. Good job ! (but you need to take your charger with you, because it lasted less than 6 days on one charge).

I will update this blog in a week, as I am anxious to learn what happens when Abby is at the end of her life. Will she stop working suddenly, or slowly faint away??? And what are the experiences of other users? My BG does not swing that much, and I am looking forward to learn from the experiences of people with larger changes in blood glucose values. On the medGadget website, the new sensor system was introduced recently, in a post on September 2014 (http://goo.gl/1HEgDh). The system has apparently received EU approval on September 3rd. The number of users therefore is still limited. One may wonder how many users will have problems with skin infections, so cleansing the skin before insertion seems very useful. The tight adhesion to the skin should hopefully prevent infections.

At present, this appears to be the system ‘to beat’. The ease of use is apparent, and ‘measuring’  glucose is as easy as scanning a bar code. In my personal experience, the alarm settings are still limited, and classic sensor systems like the DexCom G4 have more elaborate ways of alarming its users with hyper- and hypoglycaemia. Slowly, more personal experiences with the system are appearing online, for instance the blog of Jen Grieves (http://missjengrieves.com/?p=1109)  and of Ilka Gdanietz (www.mein-diabetes-blog.com). A short promotional video explaining how the system works can be found HERE.

What is up next? Other sensor manufacturers will probably come up with new versions of their systems, and one might anticipate a sensor system which directly can be read by one of the modern smartphone, like the iPhone 5 and 6, and the recent Samsung models. A prototype of this could already been seen on a video from CES 2013. Although this seems a trivial step forward compared to the current version of the calibration-free FreeStyle Libre, it allows greater comfort when one’s smartphone doubles as a receiver.

Abbott has really hyped this device, but now can not deliver. Only people who already are using this, may be eligible to order new sensors. This is very disappointing,. and actually not acceptable. 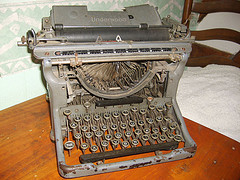